Working in a large international project, with development sites in multiple countries and continents, taught us that software integration is not that easy. We experienced that building complex software is more than just compiling it and gluing it together. We needed automation to help us out. Soon some scripts were running, and our first pipeline was working. We succeeded in implementing a Continuous Integration (CI) cycle!

We desperately needed something better.

Then, we started thinking and we came up with a method and a tool, really implementing CI++. Everybody was happy.

At the end of the project, we decided to generalize our method and tool, so any software project could benefit of it. As we believe in open source, we donated all our goodies to the community.

On 7 January 2019 we founded Boxing Beetle in Eindhoven, the Netherlands.

We very much like to help you implementing your CI++ toolchain by offering technical support, training, coaching, feature development, and hosting. Off course, all based on the Execution Graph and SoftFab. 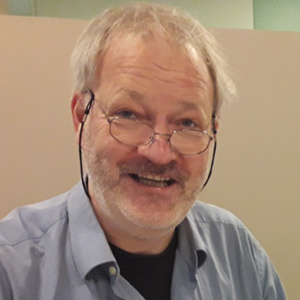 After being born and raised in Gennep, I studied computer science in Eindhoven where I received a BSc degree in 1981. I began my career at the research institute KEMA in Arnhem. Afterwards I started at Philips Research (NatLab) in Eindhoven. Here, I gained experience in the fields of operating systems, fault tolerant computer systems, consumer electronics, and medical devices and systems. While I initially started as a programmer, during the years I covered several other software engineering disciplines, e.g. integrator, architect, project leader, quality officer, and test architect.

I have always enjoyed working in multidisciplinary and international teams, travelling all over the world and working together with many different partners and customers.

In the beginning of this century I got to know Maarten at Philips, when we both joined a consumer electronics project. At that time we got the initial thoughts of a system that should control all the processes required to build and test software in multisite projects. It took us a few years to shape these ideas to what we now present here on the Boxing Beetle website.

I'm married, have three grown kids, and live in Eindhoven. In my spare time I like to travel with our caravan throughout Europe, especially Slovenia and the Scandinavian countries. We really like mountain hiking. Furthermore, I'm the chairman of a regional volleyball club, so my evening hours are mostly spend in that way.

Sometimes, you can find me sitting in a lazy chair or concert hall listening to classical music. My favourite piece is the St Matthew Passion of J.S. Bach. For sure, I will never reach that level of perfection playing my own cello. 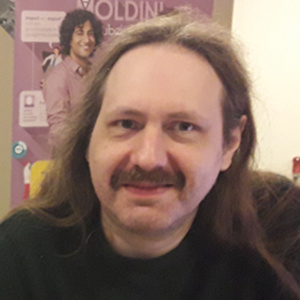 Raised in Etten-Leur, from the moment we got an MSX home computer, I spent much of my free time behind it. Not just to play games, but also to program, first in BASIC and later also in assembly.

When I went to study in Eindhoven, I started with math, but in a few months it became clear that computing1 science was a much better match for my interests. Here I met a lot of interesting people, participated in programming contests, got interested in open source software and finally I also got my MSc degree in 2002.

My first full-time job was with NotTheFly Mobile Entertainment, but I spent most of that time at Philips, working on set-top box middleware and applications. This is also where I met Hans and we worked in a small team that generalized and improved SoftFab.

While I spend most of my time behind screen and keyboard, I do enjoy board games as well, both for the games themselves and as a way of spending time with friends. Since 2019, I'm part of the team that organizes T-DOSE, an annual open source conference near Eindhoven.